6 years ago
“He Gave Me My Life Back” 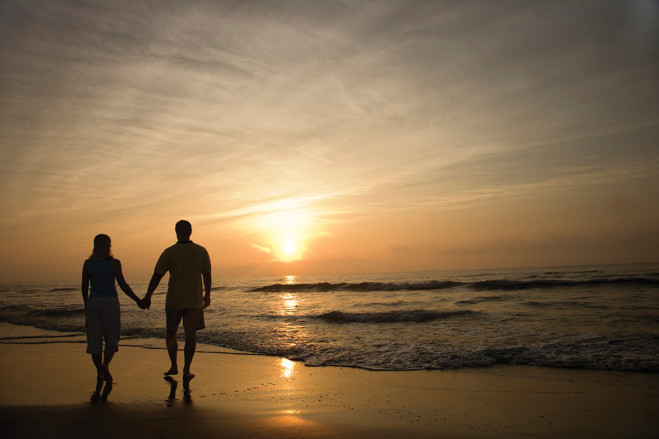 The year 1891 is not only noteworthy for the Hormel Company introducing its Spam product, James Naismith creating basketball and Carnegie Hall opening with Tchaikovsky as guest conductor, but also for the first “total hip arthroplasty” (THA) operation in Germany. Ivory was used to replace femoral heads of patients whose hip joints had been destroyed by tuberculosis.

Fast forward more than a century, and total hip and “total knee arthroplasty” (TKA) are two of the most successful and most common orthopaedic surgeries performed. According to the Mayo Clinic, more than 7 million Americans have hip and knee implants, with twice as many knee procedures as hips.

The hip is one of the largest joints in the human body. The ball-and-socket style joint is formed by part of the pelvis bone called the acetabulum (socket part) and the upper end of the femur, the femoral head (ball). Both bone surfaces have articular cartilage over them which cushions bone and enables smooth movement. A thin tissue or membrane surrounds the joint and lubricates the cartilage. All goes well until the cartilage begins to wear away, and the bones rub against one another. Enter osteoarthritis (the most popular form of arthritis) and a measure of discomfort which can range from mildly annoying to downright debilitating.

In surgery, the femoral head is replaced by a stem and ball of metal or ceramic. Damaged cartilage is taken away, and a metal socket inserted, then a spacer is implanted to allow a smooth surface to accommodate motion. Screws and cement are used for fastening.

Total hip and knee surgeries are routinely performed at both Carilion New River Valley Medical Center in Radford and LewisGale Hospital Montgomery in Blacksburg. Junior Moye, maintenance superintendent for the Town of Dublin, was plagued by pain with osteoarthritis in his hip. “Walking had become a chore,” he recalls, adding that his hip joint had deteriorated to bone on bone. “I’m an active guy who has participated in rodeo events half my life and still break and ride Quarter Horses, and I think I rode one time all last year.” He had never heard of Dr. Ryan Harris before the day they met. “I liked and trusted him from the beginning,” Moye, 65, relates of his successful surgery on Feb. 26 this year.

When Elena Leshyn of Blacksburg began investigating options for her hip discomfort, she first met with Dr. Joseph Moskal at Carilion in Roanoke. “He told me I would know when the time was right,” she says. “Surgery is always a last choice solution, but when you can’t walk, well, surgery looks appealing.” The week before her surgery, this 68-year-old native of Spain [also featured NRV Cook, JanFeb 2015 issue], experienced one pain-free day. “I wanted to change my mind, but as I prepared food to freeze and cleaned the house, the pain intensified, and I was ready when the day came.” She also had the procedure done by Dr. Harris at Carilion New River Valley Medical Center.

Preparation for surgery included a pre-surgery class at Carilion where future patients learn everything about the surgery, what to expect, and physical therapists demonstrate what post-surgery exercise. Likewise, LewisGale offers a Joint Camp for hip, knee and shoulder replacement prospective patients.

Recovery is relatively quick in the great scheme of things. “The day of surgery, they made me walk. I could only take two steps with pain and difficulty, almost regretting getting it done. The next day a few more steps. I went home on the third day and have never looked back,” relates Leshyn. In fact, she now attends Carilion seminars to encourage others.

“I talked to four people before I committed to having the surgery,” Moye says. While he reports being sore and stiff, there was no pain following surgery ~ two days in the hospital, two weeks of home rehab. He returned to work, and in June got back in the saddle to train a 2-year-old colt. “Dr. Harris gave me my life back.”

Everyone agrees that the surgeon is paramount to success, and all concur that the entire orthopaedic team, post-op nurses and PTs, along with an attentive, healthy, motivated patient contribute mightily to these favorable outcomes. What a comfort it is to know that we have state-of-the-art healthcare facilities, surgical suites and medical options, along with the commitment and dedication of superior, experienced physicians in the New River Valley. We may be all about small town living, but we have big city healthcare.

Mike Cate’s hip replacement story is interesting from the standpoint that he has been involved in sales of Stryker Orthopedic reconstruction and trauma products for 30 years, including hip and knee implants. It can be tricky to measure the inside of a person precisely from the outside, so he has often been in the OR with different sizes of joint replacements, always thankful that he was not the patient on the table ~ until he was.

Around eight years ago, he felt some burning in his thigh and a little discomfort while driving. Cate leads an active lifestyle and figured he pulled or strained something. He got an x-ray from a surgeon buddy who told him he’d probably need a new hip in eight years. “He nailed it,” Cate states. “I handled the escalating pain for a long time, but when you can’t sleep or walk the dog, simple things in life wear you down and the pain never goes away, it’s time.”

While surgery is never taken lightly, Cate’s June 1st procedure had an element of amusement. “It was a uniquely cool experience because I knew most everyone in the operating room by first name, and the surgeon had to promise to use Stryker implants only. In my career, I have seen thousands of successful hip replacement surgeries, though standing nearby, not as the patient on the table.” Like the others, he was cautiously mobile in two weeks, able to drive, pain free and looking forward to getting back in his saddle — an 865-cc Triumph Bonneville motorcycle.