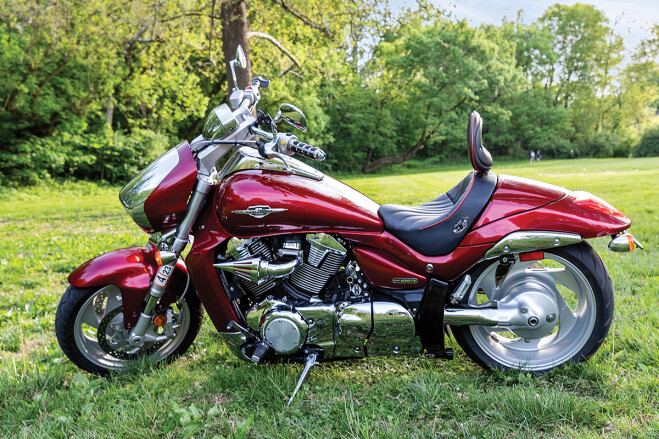 When Amanda Menconi was 13 years old, she experienced her first motorcycle ride and from then on thought any gal riding one was the coolest chick ever. “I made up my mind around age 18 that I would own a motorcycle before I was 25, and I did,” she recalls.
After she met her husband Carlo, who grew up riding dirt bikes and motorcycles, she learned that his sister, Mary, secretly bought her husband a motorcycle as a surprise. “I I remember thinking that she is the coolest wife in the world. So I decided I wanted to be in the ‘Coolest Wife in the World Club’ and began stashing some cash to the side.”
Carlo once commented if Amanda’s uncle wanted to sell his motorcycle, he would be interested. “My uncle’s motorcycle is not the prettiest thing in the world,” Amanda points out, “so I was curious what other motorcycle my husband might like and asked: ‘What’s your favorite motorcycle?’”
Carlo remembers the question. “That was difficult to answer since there are several models I’d love to own. But what came to mind first was a cruiser. I’d had a muscle cruiser in the past, and I told her if I could get another one, it would be a Suzuki M109R. Amanda didn’t know what it looked like so we pulled up Craigslist and did a quick search for photos of that bike. A couple came up, but it was a red one that jumped off the screen. We ooh’d and aah’d for a few minutes and then she went back to working on something else. At least that’s what I thought.”

Several weeks later, Amanda called Carlo to come outside. He stepped in the yard just as a truck pulled up with a trailer and that beautiful, bright red, 2007 Suzuki M109R strapped on it. “After a trip around the block, I fell in love with the ride,” Carlo declares. “At the same time, I knew it was going to need some work before it would be safe to ride much further.”
“Before I bought it, I asked the owner to make some videos of it running, since I couldn’t learn much by just staring at it,” Amanda explains. “I knew Carlo could work on anything that needed attention.”
Among the tasks Carlo tackled fairly soon were: 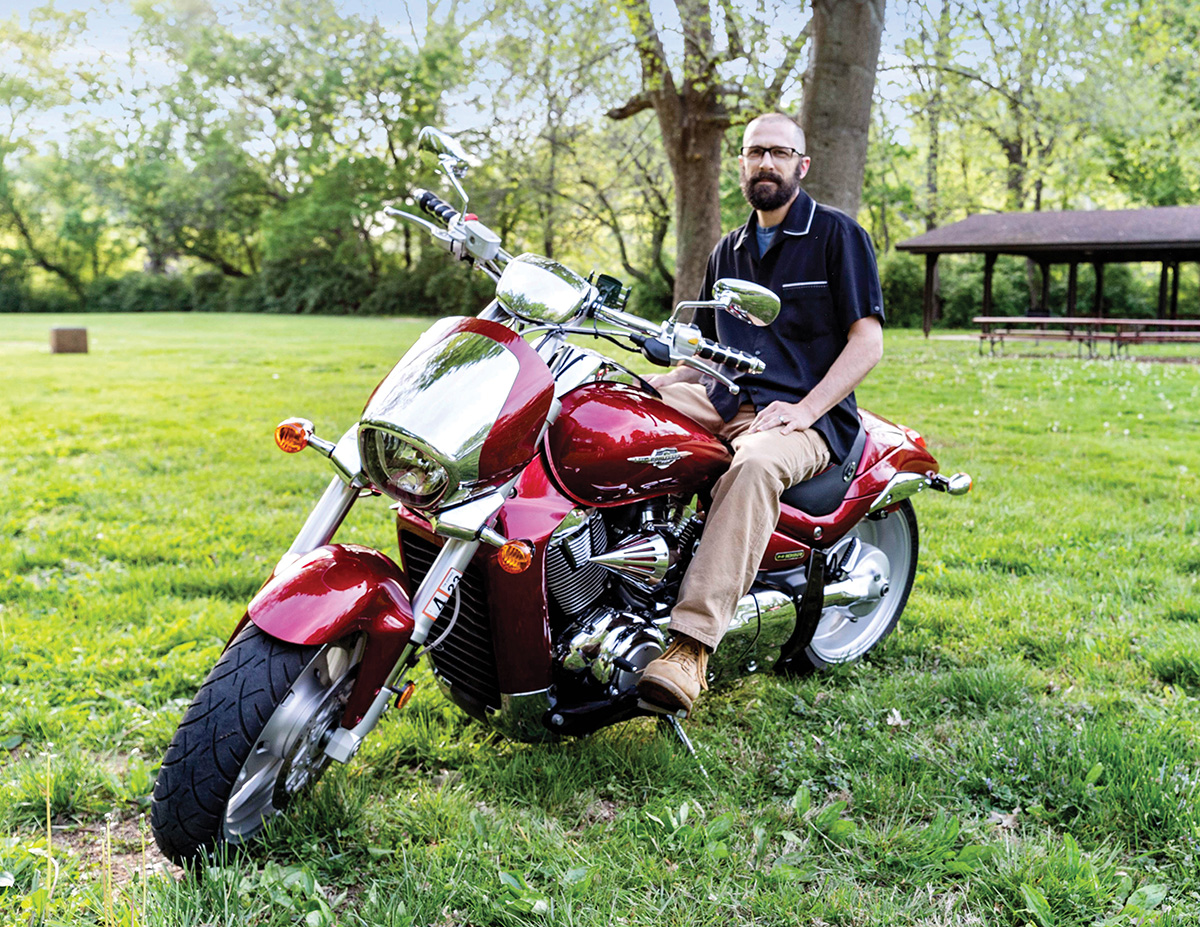 “When I noticed the engine vibrating hard at certain RPMs, I replaced the severely-worn front motor mounts. The engine would still backfire when decelerating due to an improper fuel map loaded on the computer. Since there were aftermarket pipes, I also did what is called a pair-valve block to correct the exhaust issue created from an incomplete pipe installation. I reached out to a fellow M109R owner in Florida who has a side business of re-mapping ECMs (engine control module). Given the list of modifications to the bike, he was able to reprogram a module to match the fuel/air ratios to smooth out the engine and eliminate backfiring.”
Once the mechanical and safety issues were resolved, Carlo addressed comfort. “The seat and rear shock combination gave a pretty jarring ride,” he observes. “The stock shock offered little to no adjustment, so I purchased an aftermarket rear shock that would allow for preload adjustment. Combined with the new custom Corbin seat and backrest, that offered a much smoother ride. On colder days, the heaters I had installed in the seats come in handy. The rear seat and backrest meant my wife would be more comfortable on rides, too.”
The previous owners replaced the exhaust with custom, baffle-less pipes resulting in ear-splitting engine noise. For many riders, excessive noise is part of the excitement, but Carlo ordered compatible baffles for the pipes and successfully lowered the decibels to a more reasonable level. The final comfort modification was installing 3” risers for the handlebars which allowed the bars to sit further back giving Carlo a more comfortable riding position.

“My husband works very hard all week, and I understand the amazing feeling of tension oozing out of every pore by getting on a motorcycle,” Amanda says. “He can get on it, veg out and feel like a kid again.”

For his part, Carlo states: “Every time I ride, I think how lucky I am to have such an amazing wife. Just working on the bike has been a great getaway from day-to-day responsibilities. I have ideas for additional modifications and enhancements, but for now, I’m enjoying it as often as I can.” Surely, Amanda Menconi has a secure place in the Coolest Wife in the World Club.

The Suzuki Boulevard M109R motorcycle was introduced in 2006 as Suzuki’s flagship V-Twin cruiser.