3 years ago
Pencils Down . . . the past, present and questionable future of standardized testing in Virginia 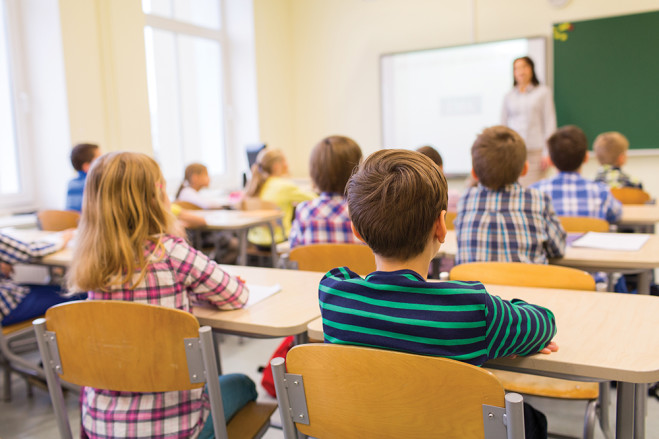 The scene is familiar: rows of students hunched over desks, a completely silent room aside from the beads of sweat dropping off furrowed foreheads and landing as pencil-filled dots on pastel scantron sheets. Of course most testing is now conducted online, but the sweaty foreheads part is likely still on point.
Testing in childhood education shows up as early as the mid-1800s, but it wasn’t until 1965’s Elementary and Secondary Education Act (ESEA) that the federal government became involved by administering funds to schools in an effort to make education more equitable. Years later, President George W. Bush’s 2002 No Child Left Behind Act built on the ESEA by requiring annual testing in reading and math in all 50 states in order to receive that federal funding.
The most recent amendment was President Barack Obama’s 2015 Every Student Succeeds Act (ESSA). It replaced the faltering NCLB act, whose blanketed requirements – no consideration for disadvantaged or disabled students – were increasingly inapplicable in the classroom. The ESSA gave significantly more control to the states to establish their own academic standards.
In Virginia, the Standards of Learning (SOL) testing program was already in full swing. It launched in 1998 in response to declining SAT and 4th grade reading scores. SOL tests covered four content areas: English, math, science and social studies in 3rd, 5th and 8th grades and in high school.
“When SOLs were first brought in, I was 100% behind them,” says one retired Montgomery County Public School teacher. The tests were explained as a way to measure basic skills. In other words, “What minimum knowledge we wanted our students to walk away with in a given subject, in a given grade,” he offers.
However, as the years of testing championed on, the questions got harder and harder. Around 2010 the Virginia Department of Education decided to shift test focus from grade-level competency to college and career readiness. “The dynamic of the tests suddenly changed,” states the retired teacher. “And the results were used to punish teachers.”
SOL scores became 50% of a teacher’s evaluation, securely linking their salary and job security to how well a typically stressed student could take a standardized test on material above grade-level competency.
“It wasn’t about teaching and learning, it was about the pass rate. The state told us what topics we had to cover; there was no room for anything else. It killed creativity,” the teacher says.
“’Teaching to the test’ has never been the intention of the State Board of Education,” states Charles Pyle, VDOE’s director of media relations. “This is something the board is aware of and has been concerned about, when instruction becomes overly focused on the blueprint of a particular SOL test.”
A simple Google search will confirm that national enrollment in teacher education programs has been on a downward spiral for a decade. In 2017, an Advisory Committee on Teacher Shortages in Virginia released a report citing a 40% increase of unfilled teacher positions in the last 10 years. Several reasons are hypothesized (low pay, high expectations, emotionally taxing), but over-testing and the push for centralized curricula is among them. Why be a teacher if you have little to no voice in the learning experience?
In July 2011, superintendent of public instruction Patricia I. Wright told the “Richmond-Times Dispatch,” “Is there too much testing in Virginia’s public schools? Is ‘test preparation’ crowding out real teaching and learning in some schools? You may be surprised that my answer, as one of the architects of the SOL program, is ‘yes’ to both questions.”
Standardized testing appears to be a way to control the narrative our nation’s public education system is telling. VDOE’s “Historical Overview of the Standards of Learning Program” is littered with phrases like, ‘led the nation,’ ‘exceeding,’ and ‘above international averages.’ Sure, there seems to be a general unspoken understanding that maybe all this testing isn’t the greatest thing after all. But consistently high and ever-increasing scores make a better story.
A Blacksburg High School freshman declares: “I feel like taking SOLs at the end [of the year] don’t really help me learn better than I would if I didn’t have them. I don’t think the score reflects how smart I am. Some people aren’t good at taking tests, but they’re still really smart.” The retired teacher concurs: “People are realizing, and research shows, that you don’t measure a child’s academic worth by a test.”
As it turns out, memorize and regurgitate does not denote knowledge.
On the upswing, last spring the VDOE reduced the number of SOLs required to earn both standard and advanced diplomas around the same time that Bloomberg.com published an article citing that a “decades-long infatuation with standardized testing is finally waning.” The performance of 17-year-olds on the National Assessment of Educational Progress (NAEP), where all the test data ends up, “has flatlined.”
Furthermore, the ESSA now has a pilot program focused on alternative assessment methods. The opportunity to develop dynamic, project-based teaching and testing methods is on the horizon. After all, the goal should be to keep students engaged and passionate about their interests during a time when they are first developing those interests.
High-stakes testing and what is has done to teacher morale and student mentality is justifiably a touchy subject. Even those approached in Montgomery County Public Schools did not return attempts for comment on standardized testing.
As the English SOL may cover, every story has five basic elements: characters, setting, plot, conflict and resolution. The teacher and the students are in place and the test is about to begin. The conflict is clear. Here’s hoping the resolution is imminent. And that it’s a happy ending.

Nancy S. Moseley is freelance writer from Blacksburg who thankfully graduated from the public school system before the implementation of SOLs.