3 months ago
Music for Everyone ~ 30 Years and Counting 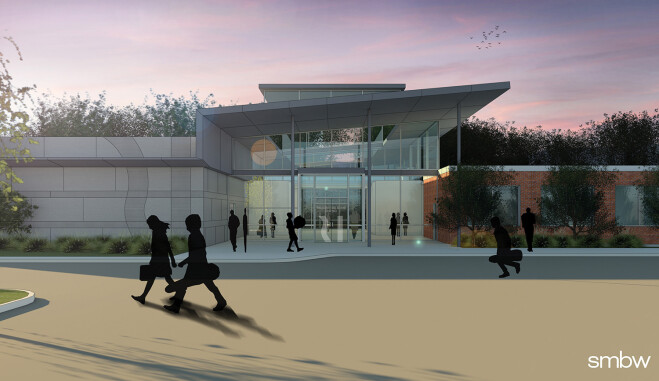 It started with a compliment and an exhortation to bring music instruction to the community. Nearly 30 years later, the Renaissance Music Academy [RMA] is making Blacksburg and the New River Valley a place where music thrives, serving young and old alike.
Teresa Ehrlich never intended to give piano lessons. Her plan was to be a performer. At the most, she figured she might be working with college-level students, but then a pedagogy class showed her the appeal of working with younger students.
Teresa came to Blacksburg in the 1980s when her husband David, a renown violinist, was invited to join the Audubon Quartet by then Virginia Tech President Charles Steger. He was trying to put a liberal arts sheen on the engineering/agriculture/business bulwark of Virginia Tech by having the group in residency. While there were some performance opportunities, Teresa began to develop a piano studio with several students. It was a chance remark which prodded her into a larger vision.
While working on a small project with a colleague of the quartet, she received a compliment on her teaching ability with the suggestion that she start a community music school. Teresa was thrilled. Teaching solo can be lonely, and feedback is so welcome. “I missed colleagues to share what I was doing. I missed inspiration from others, and I had no way to evaluate what I was doing,” she says.
On their way to a Christmas party, she relayed the story to David, who was intrigued with the school idea. By the time they came home, he had a list of questions for Mimi Zweig, a friend who started two successful community music schools. She shared freely, advising all along the way, and two months later, in February of 1993, Renaissance Music Academy was incorporated as a non-profit organization. It was complete with a board of directors and a contingent of people who wanted to see this happen. They recruited another full-time teacher who taught violin and a part-time teacher to work with cello students.
Now it was time to recruit students, and Teresa turned to friends and colleagues for ideas. Someone suggested a concert for the community performed by child players. Rhonda Coles, a famous Suzuki teacher in Washington, D.C., sent a chamber group and some younger students. Teenager Nick Kendall was among them, and he now plays in the Emmy Award-winning string band Time For Three. The Washington Post calls him “…the poster child for a new breed of super musicians.”
Local parents were contacted and flyers sent to schools advertising Free Concert For Parents and Children. The Recital Hall at Virginia Tech was packed. The out-of-town performers were joined by two of Teresa’s students and “…after an amazing performance, I announced we are going to start a community music school in September with a parent meeting in June. Several parents signed up, and we started to talk about music education,” she explains. The first semester opened in September with 60 students and by the second semester, they needed a second piano teacher.
The Ehrlichs feel that RMA excels in working with children. They use the Suzuki method for string instruments, which mimics learning a language using listening, repetition and imitation. It also incorporates other principles, such as parent involvement and group instruction. They are careful to search for faculty who can perform as well as teach and are committed to the area. “We do not want to hire someone just because we need a teacher to find out it’s a stepping stone to another job.”
For the first 25 years, much like the scarecrow in The Wizard of Oz after he met the flying monkeys, RMA students and faculty were “all over the place.” Their classrooms were in church basements, VT classrooms, teachers’ homes. There was no central location, and concerts and recitals where held in whatever venue could be found at the time. Teresa approached VT President Steger for help with a permanent home.
There was land at the Corporate Research Center [CRC] for a future building, plus some space available. Joe Meredith, head of the CRC at that time, shares: “Virginia Tech asked the CRC to be involved because this kind of thing in the community makes it easier to attract talent to Virginia Tech and the CRC.”
While there is no capital campaign as yet, building plans for the site have been drawn up that will allow RMA to double in size and purpose. Research will be an important component, as stipulated by the deal with the CRC, looking into music and health.
The school also wants to serve a wider range of income and ability levels. There is a scholarship fund for students who cannot afford lessons. Group after-school lessons, ways to include special needs kids, more adults and possibly retirement home residents are being evaluated.
“We are a community school,” Teresa declares, “and it’s vital that we serve all aspects of the community.”