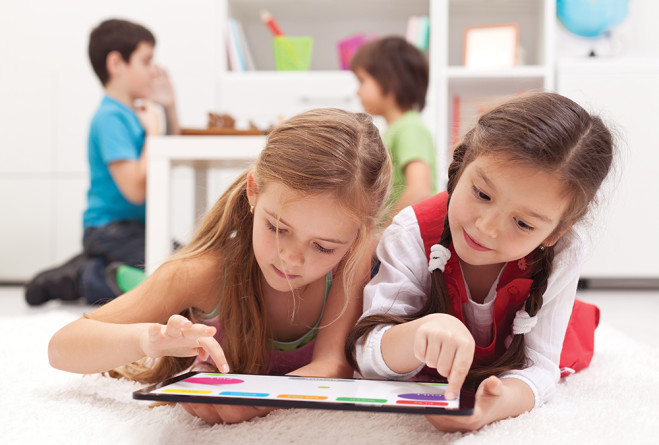 These days, there are fewer and fewer kids playing in the streets, darting from house to house, riding bikes or playing at the park by themselves. It seems that in our efforts to keep kids safe, we are confining them inside, many times perched in front of a glowing screen. And the dangers lurking in this virtual world are just as real.
When it comes to children, we don’t want to be helicopter parents, but with cyberbullies and internet predators on the rise, we cannot afford to be submarine parents either. The good news is, it is easier to protect kids in this virtual playground than you may think without scrolling through search histories, text messages, pictures and email every day, monitoring your son or daughter’s every tweet.
There’s an app for that!
The app is called Bark, and it’s an award-winning service that uses complex algorithms to find interactions of potential concern and alert parents.
More than 50% of children with accounts and devices connected to Bark experience at least one issue each month. And 80% of the time, their parents had no idea there was a problem until Bark’s alerts brought it to their attention (Forbes.com).
Bark looks for activity that may indicate online predators, adult content, sexting, cyberbullying, drug use, suicidal thoughts and more. And not only does Bark alert parents to these issues, but also it provides expert recommendations from child psychologists for how to address them with a minor child.
Like it or not, connected devices like cell phones and iPads are here to stay. Parents can try to protect children by limiting screen time and refusing to buy them their own phones, but as they get older, these tools almost become a necessity, for both social and educational reasons.
For the cost of a Netflix account, an entire family can use Bark on all the devices they have. In today’s busy world where both parents are often working full time, and kids are rushing from soccer practice to piano, apps like Bark make it easy to save time and build trust.
“We’ve had 27 families tell us that Bark’s alerts helped to save a child who was imminently suicidal, and the parents were unaware. Also, we’ve detected at least 12 school shooting threats,” says Titiana Jordan, Bark CPO (Chief Parent Officer).
Not everyone has children who are on social media or even old enough to text. But parents of younger children aren’t off the hook either. Giving kids unlimited search access to Google, YouTube and gaming apps is a no-no. Who hasn’t clicked on a YouTube video only to find disturbing content that has nothing to do with the video title? The best way to protect your kids on this immensely popular website is to make sure your children subscribe to age-appropriate channels and encourage them to stick to those channels.
Even seemingly innocuous gaming apps may have predators lurking within. Make sure each child is not playing games with a comment feed or in a public forum where players can interact with each other. When it comes to surfing the web, make sure that parental controls are set, and be in the room when a child is doing research. Turn off access to Google/Safari on the kids’ iPads and devices until they are older, and protect Netflix streaming by adding a PIN. Netflix offers PIN protection for all content at a particular maturity level.
Most importantly, talk with children about the potential dangers that might be encountered online. Even if you are convinced that your child is mature, responsible and internet savvy – there is no way to be sure until you have that conversation. Tell them to alert you to any suspicious activity so that you can report it or flag it. If your children and teens know that you are paying attention and concerned for their safety, they are more likely follow your example.
Yes, we want to respect our children’s privacy, but we must also fight to keep their private worlds from becoming too public.

Emily K. Alberts is a Blacksburg-based freelance writer with two kids whom she intends to protect from any and all cyber dangers.