6 years ago
Down the Road a Piece 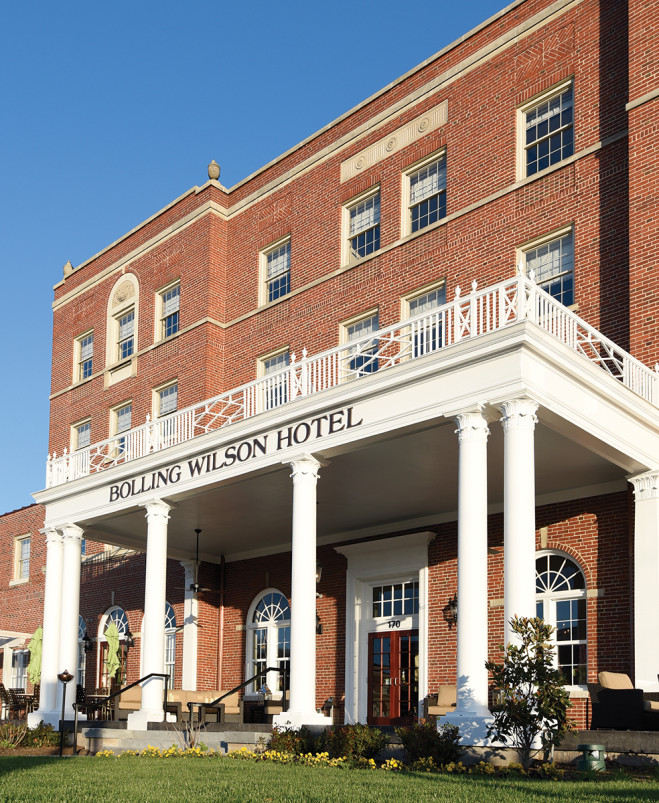 History, wine, back roads, theatre, heritage, fine food, music, rural landscapes and luxury accommodations in a tastefully restored hotel can all be experienced just down the road a piece. If the ideal weekend or overnight respite for you doesn’t involve hours in the car, miles in the air and the exorbitant cost and weariness associated with long journeys, then consider discovering ~ or rediscovering ~ Wytheville, less than an hour from the New River Valley.

The town with the wide main street and cool downtown was founded in 1792 and named for the first signer of the Declaration of Independence for Virginia, George Wythe The Bolling Wilson Hotel, constructed in 1927 and opened as the George Wythe Hotel, has been restored to magnificence on the heels of decades as a bank. Named for Edith Bolling Wilson, the 35th first lady of the United States and a Wytheville native, the guest rooms and common spaces exhibit a classy blend of historical accoutrements with contemporary style.

Mrs. Wilson, President Woodrow Wilson’s second wife, was referred to as both “the first woman president” and “the secret president” for her dedicated role in caring for Wilson following a stroke which left him partially paralyzed. In her words: “…and so began my stewardship.” During World War I, she, like many American women, wore thrift clothing, observed rationing and volunteered for the Red Cross. Devoted to the end, she remained in their Washington, D.C., home for 37 years after Wilson died in 1924. They are the only presidential couple buried in Washington, D.C., and both are interred at the Washington National Cathedral. Her birthplace museum is across the street from the Bolling Wilson Hotel in Wytheville.

Honoring Mrs. Wilson melds her gracious style and hospitality with the congenial, sophisticated atmosphere which permeates the hotel that bears her name. The town slogan “There’s Only One” sets Wytheville apart as a unique destination, not far by car, yet just far enough to meet the need for a refreshing getaway in any season.