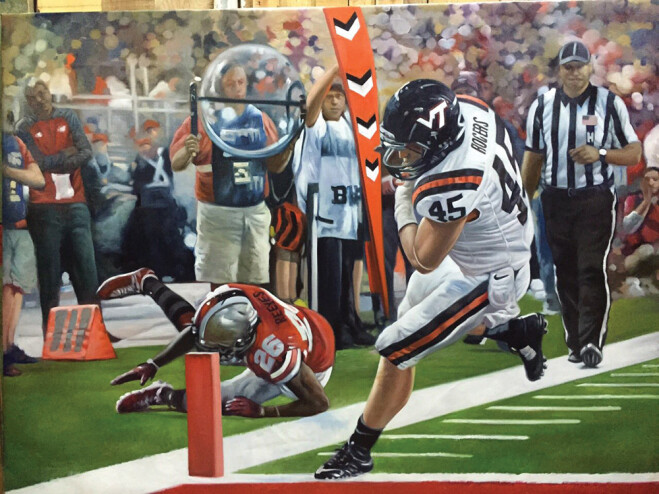 Hani Naji spends most all his mornings into the afternoon drawing at Mill Mt. Coffee & Tea in Blacksburg. His seat of preference is a far back corner wood bar stool at the left-side tip of the U-shaped counter. His drink of preference is coffee with a splash of milk, and he brings own coffee mug.
With music flowing into his head, his hands and arms move in what appear to be random horizontal, vertical and diagonal motions. Then a picture takes shape, often a face, often quickly, and you can be stunned into realizing that nothing about what he is doing is random.

As a child, Hani spent many of his mornings into the afternoon at a public library reading books about artists, drawing, painting, color, technique, style, art history, etc. He studied and learned all he could about great artists like Van Gogh, Gaugin, all the impressionists and more. He would read and practice every day.
To gain access to the coffee shop, Hani simply walks from the sidewalk into either of the two entrance doors. To gain access to the public library in his hometown, the port city of Basara, Iraq, the young boy would jump from building to building to get there, then enter through a bombed out section of one of the side or back walls. Walking on main streets or sidewalks was very risky, as errant bombing was the ever-present war zone setting for the entire first 19 years of his life.
Hani was drawing, painting and sketching every chance he could, in addition to reading and studying, when he left home for a refugee camp on the Saudi-Iraqi border. “It was in the desert and much more like a prison,” he recalls. For two years, the young man endured, with his sketch book in hand 24/7. A U.S. refugee resettlement program offered him an opportunity, and he landed in Roanoke at the age of 21.
“I applied to Virginia Tech, but without any formal documentation, I could not get in. So, I went to work in a factory nights and attended Western Virginia Community College. With that diploma, I was able to get accepted and receive my bachelor’s degree from VT in mechanical engineering with a minor in math. I taught myself Information Technology [IT] along the way,” he explains. He landed a government job in Washington, D.C., but did not enjoy the environment as much as the New River Valley. He returned here and worked remotely. 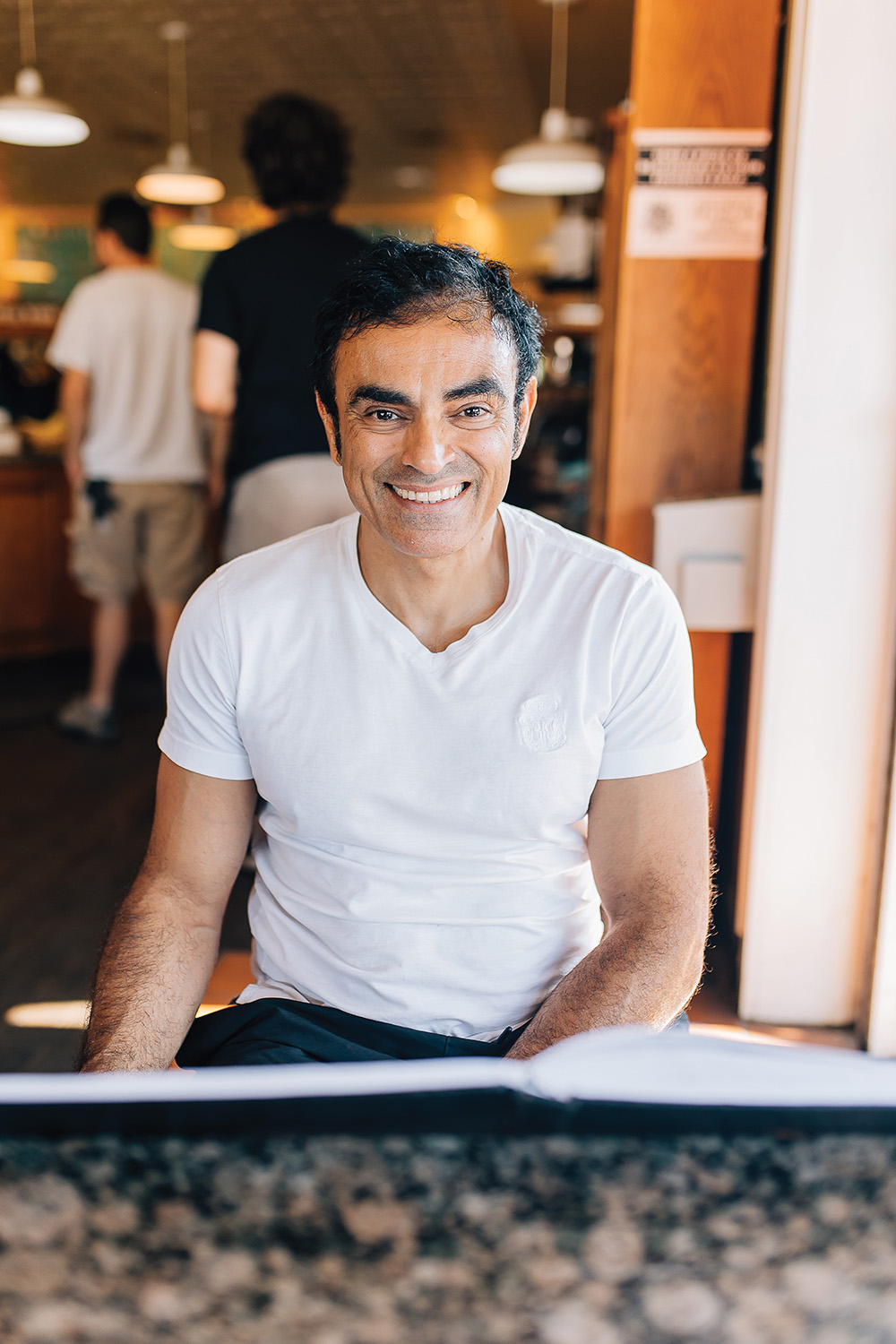 When the 2nd Gulf War began in 2003, Hani let it be known he could and would go with a U.S. defense contractor as an engineer to assist with damaged infrastructure and as an interpreter.

“Not much had changed,” he recalls. “Bombs still going off all over the place. Vehicles in front of or behind me blown to bits from IEDs. It was a challenging place to be, all over again.”
After five years of danger in his native country, Hani opened a U.S. company of his own as a defense contractor. He has helped with several key projects, and continues as a consultant for both the Iraqi and the U.S. governments. One current project is a new factory in the south of Iraq which will be solely managed and staffed by women.
He splits his time between homes in Dubai and Blacksburg, having an art studio and favorite coffee shop in each place,

with his passion for art having never left him.

“The movie Whiplash had a profound effect on me. A drummer considered excelling at his music to be analogous to an athlete for training and relentless dedication, even sacrifice, to attain one’s goals. I adopted that approach and began working even more intensively on my art.” He strives for perfection and can sweat while drawing just like an athlete training for the Olympics.
Hani works primarily with pen, color pencils and oil paints. His favorite pen, which he buys by the box is the Uni-ball Vision Rollerball pen with a fine point, 0.7mm. “I use one pen a day and like this brand is because it flows as fast as my hand.”
His penchant for being at Mill Mt. includes the casual atmosphere, great coffee, a competent, friendly staff and the energy of the entire place – people coming and going, coming and staying, coming and meeting and coming and seeing. He knows a lot about IT and AI (artificial intelligence) and pushes himself in his unique style for speed and precision to create art that no machine can ever make or replicate.
In addition to portraits, Hani has painted extremely large abstract paintings. But in some ways, upon examination, they are not abstract at all, but have color, style and composition that’s both meaningful and thoughtful. He also paints football, tennis and baseball players and games, exacting the energy of the players onto his canvas.

While Mill Mt. is his coffee shop and in-town studio of choice, Vivaldi is one of his favorite composers. It’s the music which drives the hands, Hani Naji insists. But with so much information on artists, art techniques, color, shading, perspective and composition packed into his head, clearly he has a comprehensive artistic storehouse from which to draw.