2 months ago
A Very Sensible House – lovingly restored through generations 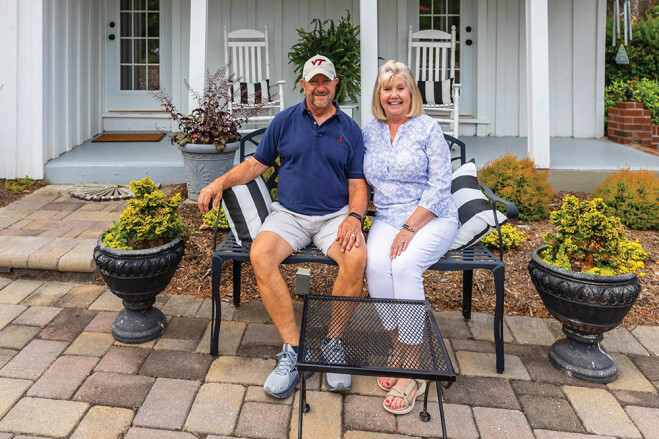 When Dublin native Trish Hale married Dublin native Steve Hale, just shy of 50 years ago, she packed a suitcase, said her vows and went to Steve’s childhood home to set up housekeeping. “We moved into Steve’s parents house, where he grew up, and all the furniture and pots and pans were already here,” she explains.
The home had been vacant a couple years, since the folks passed away, and Steve and his siblings inherited it, one-quarter each. Over the years, Steve and Trish bought the other shares and engaged in myriad renovation projects. “My vision was that it could be a very sensible house to raise kids in the country,” says Steve.
It is not only a sensible house, but also a stunning property which embraces history, elegance and a genuine rustic flair in a 20-acre, bucolic, country setting. Built in 1882 on a 100-acre farm, the structure got its second story in 1905. The kitchen was a separate building, common in the day because of fire risk, heat and odors. Steve points out there was also an ice house, woodshed, wash house, granary, smoke house, hen house and barn, and he adds: EIEIO! Fruit orchards were abundant, along with draft horses, chickens, hogs, sheep and cattle.
When the Hales took residence in 1973, there was an indoor kitchen with a metal sink and few cupboards, and the old kitchen building has been moved twice. It now serves as a charming overnight cottage and anchors one side of the large outdoor stone patio behind the house. The original, random-width, hardwood floors lend a rustic charm. The new full bathroom brings the modern component, and P. Buckley Moss art exclusively adorns the walls. 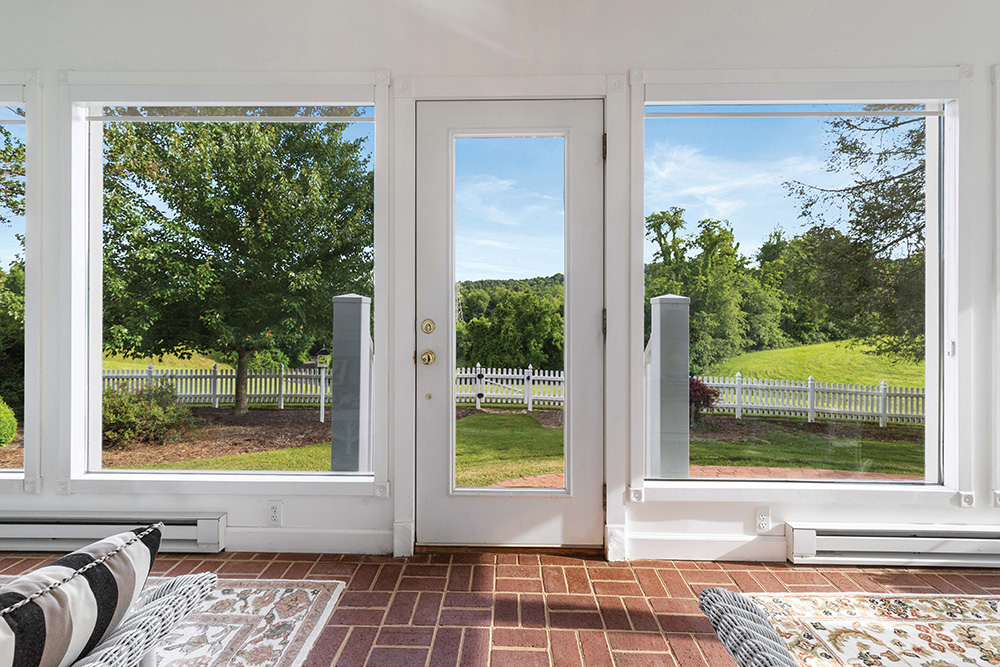 Steve and Trish speak often of bumping out the house to add on. “We were young and poor starting out,” Steve relates, “so we expanded the home as our money allowed across the last 49 years.” When bumping out the living room, they added lots of bricks from Trish’s now-abandoned family home a few miles away to an existing fireplace. The most recent bump out is on the second story, adding a full bath to that 2-BR floor. The master bedroom and full bath are on the first floor. A kitchen renovation was Trish’s retirement gift. Formica counters were finally upgraded to granite. A entire wall of cupboard doors hide basic pantry and kitchen staples, plus one opens for a pull-down ironing board and another offers her pull-out sewing machine shelf.
It’s all been an extravagant labor of love, but three things surface as perhaps their most sensible accomplishments – the front porch, the crawl space and the gardens. “The wood was rotting on the front porch, and we still could use a little more living space,” Trish offers. To tackle this project right the first time, they installed 12-inch masonry blocks under the floor, filled with gravel and lined with Styrofoam. They chose a brick floor for appearance, heat retention and longevity and installed all glass walls plus a baseboard source of heat.
Another project was encapsulating the crawl space. “Much of the musty smell in old houses comes right up from the crawl space,” Steve notes of an expense they’ve never regretted.
The first impression of the entire place embraces not only the house, gazebo, cottage, carport, firepit and entertainment space, but also the gardens. Steve is a Virginia Cooperative Extension Master Gardener volunteer who has delivered talks at Hahn Horticulture Garden and specifically loves to discuss a long-term vision.
“Developing gardens in all the right places takes vision and time, often measured in years. Most of the two acres in gardens here now have been planned, planted, pruned and tended since we moved in,” Steve says. “My great-grandparents and my parents were gardeners, not so much ornamental as practical like fruit and vegetables. My dad was excellent at grafting.”
A lavender garden attracts scores of bumblebees outside the cottage. “Vintage shrubs include mock orange, bridal wreath spirea, lilac, flowering quince japonica and peonies,” Steve points out. “There is also a collection of conifers and evergreens with more than 13 varieties. It is just an old country yard that is unique in design.”
Steve and Trish have both retired from the Pulaski County Public Schools, he as a psychologist and she a 5th grade teacher at Snowville Elementary School. Should any one of their four (and counting) grandchildren grow up and view it as “a very sensible house to raise kids in the country,” they represent the 6th generation.
And, seriously, they will not be faced with much renovation work, as Steve and Trish have so carefully planned all they have done. Additionally, they engaged high quality craftsmen and materials for everything that makes this place very sensible and very, very beautiful.