1 year ago
7 Decades of Local Art and Creativity 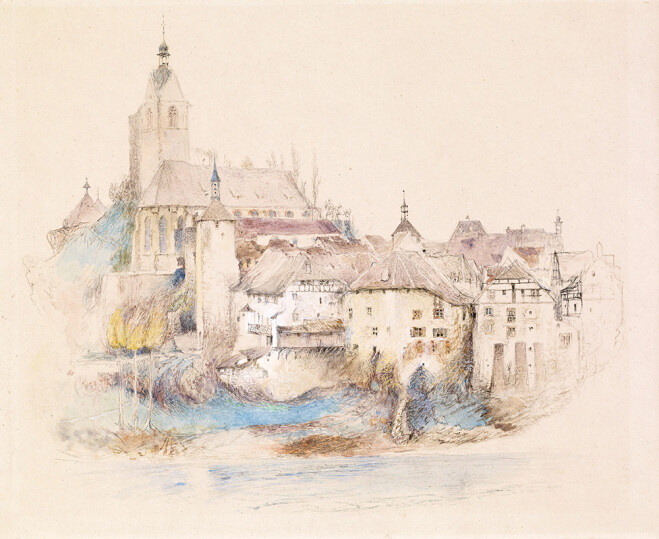 Small art associations come and go. Struggles to survive seem to be part of the fabric as times change over the years. I joined the Blacksburg Regional Art Association (BRAA) in 2010 soon after arriving in town when it was at a bit of a low point. Today, at the age of 70, it is better than ever.
In recognition of that milestone, our newsletter editor, Lois Stephens, and I spent many hours searching old files to piece together the path from its beginning in 1950. We found no files from the ‘50s, but plenty of things after that. One old document provided a timeline up to 2000.
The biggest surprise was how involved Virginia Tech was in the creation and life of the association. In 1949, a group of artists on staff, formed a small group for “critical discussion” of their own art. On Jan. 13, 1950, they formed a community art club for those “interested in increasing the opportunities for enjoyment of the arts in Blacksburg.”
The association’s first exhibit was held in February, 1950, featuring works by Horace Day. After “formal organization,” they held a 2-day show in May the same year with sculptures by Dean Carter and paintings by John Laurent. That same month, they offered a show featuring architecture students. The art department was not yet formed. Five years later, the first Blacksburg Art Festival included an exhibition, art auction, concerts, art movies, lectures and demonstrations.
Our dive through history files (many handwritten) reveal that we still have members who were instrumental in the ‘50s. Others include the late Nadine Allen, who still receives great credit for her early involvement. She is honored every two years with an award in her name in the New River Art Biennial, last held in 2019 at Virginia Tech’s Moss Center for the Arts. Well-known artist Joni Pienkowski and her husband, Robert, of Blacksburg have belonged since the 1950s. A hand-written piece by Pienkowski is by far my favorite find in our dive through the files. Robert Miller, owner of Miller off Main St. Galleries, still lives and works in Blacksburg, supplying framing and photography services to our members and more. Miller and Pienkowski held offices over the years and were involved in many aspects of the organization. Another long-term member is Frances Frederick. All members over 80 are in Club 80, earning them free membership.
In 1966, BRAA became a chapter of the Virginia Museum of Fine Arts in Richmond. Files reveal an active partnership with the museum. While much less formal now, the relationship continues with BRAA using guest speakers from the museum and their art instructors for workshops at local high schools.
In 1991, the New River Art Juried Exhibition was created and now rotates among BRAA, Floyd Art Center and Fine Arts Center of the New River Valley in Pulaski. Known today in BRAA ranks as “the biennial,” this art event will be held this year in Pulaski. In 2019, the biennial was held in the Moss Arts Center, garnering what is believed to be the largest art reception attendance in the history of the show and the Moss as well.
In 1998, the 501(c)3 non-profit status was established, and the following year, the group was temporarily housed in the Old Town Hall on Jackson Street. Our source brochure, written for the 50th anniversary, ends here, and our history investigation has untouched documents yet to be discovered.
BRAA has survived many changes, but nothing as challenging as the covid-19 pandemic. In lieu of our preferred in-person monthly luncheons, we have been meeting in open air pavilions. Last winter pushed us online with Zoom. The artists who came before us had it good. They were full of promise for BRAA and built the foundation we are working hard to hold together. We are all pretty good at taking bits of paint, paper and ephemera and art gel and making masterpieces. We expect the BRAA masterpiece organization to survive for many more years. New member are always welcome!