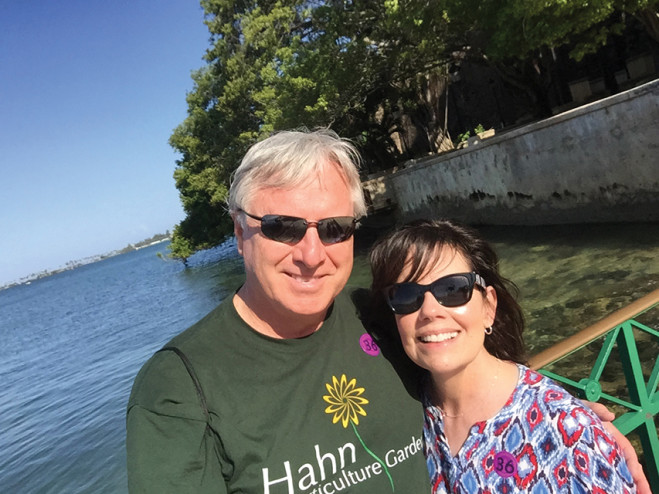 When Chelsea Hartman of Christiansburg was 8 years old, she was diagnosed with Alport Syndrome and told she would need a kidney transplant in her 20s. It is news no one wants to receive but kidneys are the most commonly transplanted organs worldwide followed by the liver and the heart.
The first transplant can be dated to the late 1860s – a skin transplant. Now, well over a century of medical advances later, the organs and tissues that can be donated include heart, kidneys, lungs, pancreas, liver, intestines, corneas, skin, tendons, bone, nerve and heart valves and, of course, blood.
The United Network for Organ Sharing (UNOS) launched in 1984 as a private, non-profit organization in contract with the federal government to manage the nation’s transplant system. It is headquartered in Richmond, Va.
Notification of organ donor status via a driver’s license or living will is the best way to assure your wishes are made known. However, it is also imperative to have a conversation with family members who are often on the front lines of posthumous decision-making.
True to the prognosis, Hartman’s kidneys started to fail six months after she turned 20. In order to officially go on the waiting list, kidney function has to drop to less than 20%. Testing living donors includes rounds of blood work, urinalysis, psychological tests and stress tests. There can be no presence of diabetes, cancer or high blood pressure. Denna Harris, Hartman’s third cousin, came out as the top match.
When an organ becomes available, the closest Organ Procurement Organization (OPO) sends all medical and genetic information (like organ size, condition and blood and tissue types) to UNOS which generates a list of compatible candidates. They are ranked by criteria including biological characteristics, time spent on the waiting list, geographical proximity, pediatric status and chance of success. The potential recipient’s transplant center is notified of the match and has one hour to analyze the data and make a decision, accept the organ or not.
Nancy McDuffie, retired Virginia Tech music professor, entered the ER with abnormal heart rhythms in 2009. Shortly thereafter she went into full congestive heart failure and spent years meeting with specialists, enduring inconclusive testing and making weekly visits to UVA. Eventually, it was discovered she had Giant Cell Myocarditis, the only successful treatment being a transplant. The next several years she lived on batteries and had extensive weekly treatments to prepare her body for a new heart. Appositely, in February 2015, a heart was found. All she knows is that her donor was male. She sent a letter to the third party agency that handles communication between donor families and recipients.
Before any transplant surgery, a routine final crosscheck of blood is performed. It’s very rare for problems to occur in the cross match given the comprehensive preliminary testing. McDuffie’s numbers came back perfect in all tested categories (also rare). Her doctor providentially described it as a “match made in heaven.” “Every day is Thanksgiving day,” she exclaims. “I was horizontal a lot over the years. It’s an amazing thing to walk briskly to the car and drive myself places.”
Unlike McDuffie’s experience, there were problems with Harris’s and Hartman’s final blood cross match. The surgery was cancelled. The two, having emotionally bonded through this journey, were devastated. Heather Corcoran was the next best match on the list. Hartman had babysat her boys every Saturday for two years in high school.
Meanwhile Harris, seeking peaceful closure, called UVA and offered her kidney anyway. “I felt strongly that my story wasn’t over,” Harris tears up. She was immediately put into the national Paired Donor Exchange program. Her kidney would go to its best match on the exchange. One week later Harris got a call that she paired with a gentleman in Colorado. He needed a miracle having only a 2% chance of finding a match. Harris was that miracle.
Unbeknownst to anyone at the time, the trade was part of the largest Paired Donor Exchange chain in the United States to date. Because of the generosity of strangers, 68 lives have been changed. ABC News featured the story on Nightline. Through GPS tracking, Harris was able to watch her kidney travel across the country and even got a picture of it right before it settled into its new home. Eventually, she met her recipient in person. He showed up with roses.
“It’s a blessing to live in a time when organ donation is possible. It’s a pretty cool opportunity to have selfless love by giving a piece of themselves. And it’s that much more incredible when you choose to give to a stranger,” Hartman relates.
This August will be Hartman’s 5-year “kidneyversary.” She is 26 years old, a therapeutic day treatment counselor and an avid hiker. She and her husband, Zach, are thinking about fostering kids next year. She feels her story, unexpected turns and all, was meant to be, while roughly 114,000 people remain on the transplant list, waiting patiently for their story to begin.

Nancy S. Moseley is a freelance writer who made almost everyone featured in this story cry a little bit; in a good way.