4 years ago
Three nearby state parks worth an overnight adventure 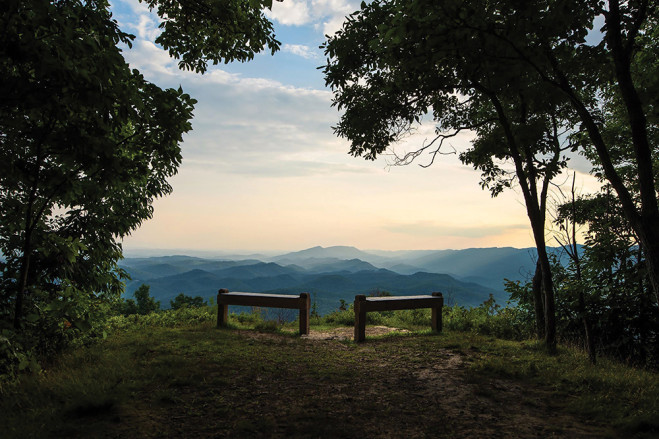 There are well over 10,000 state parks across the United States. With that number in mind, it’s hard to imagine not bumping into one on any given road trip. In fact, it’s an excellent way to get to a genuine feel for areas you may otherwise pass by. When traveling, seek out the characteristic brown signs and explore local landscapes. Take a break and get a feel for variant geography.
In 2016, visitors to Virginia State Parks spent an estimated $224 million. Approximately 44% of that money came from out-of-state visitors. These funds are tagged as “new money,” money that would not normally exist in the absence of a park system. Visiting state parks, in any state, is a simple, feel-good experience that brings revenue to the very land we’re standing on.
As with anything when the dollar sign comes into play, the challenge becomes what sounds like an ugly custody lawsuit: green vs. green. How best to grow revenue while protecting natural resources and keeping the elemental outdoor experience intact is a challenge. It all starts with patronage. Choosing to visit a park helps both sides of the green battle. Take time to bump into these state parks, all within an hour-and-a-half drive from the New River Valley. All three were part of the original six parks that opened in the 1930s.

Located in Patrick County, Fairy Stone State Park is perhaps best known for its natural-wonder namesake, the fairy stone. It is said that fairies once inhabited the peaceful foothills of the Blue Ridge Mountains. When they learned of Christ’s death, they cried tears that crystallized into little stone crosses as they fell to the earth: fairy stones. In reality, they are staurolite crystals that formed out of a precise combination of pressure and heat when the earth’s crust was shaping the Appalachian Mountains. If you look very closely, you can still find fairy stones.
The park offers 25 cabins – nine from the original Civilian Conservation Corps days, four newly constructed yurts and a lodge that sleeps 16. There is a campground suitable for tents, RVs and even those traveling with horses. There is a 168-acre lake for fishing, boating and swimming. Ten miles of the park’s Little Mountain Trail System are multi-use, open to hikers, cyclists and equestrians. Visitors can also enjoy the nearby Blue Ridge Parkway and Philpott Lake.

Located south along I-81 in Smyth County, Hungry Mother State Park bears a curious name. Legend has it that when Native Americans destroyed several settlements along the New River, Molly Marley and her child were among the survivors who were captured and brought back to the raiders’ base camp. They would eventually escape, only to spend time hiding in the woods eating only berries for survival. Molly eventually collapsed leaving her child to wander down a creek to find help. When the search party arrived, the only words the child could utter were, “hungry mother.” Today, Molly’s Knob is a popular 1.9-mile hike to a stunning summit that overlooks the surrounding mountains.
Hungry Mother has a 108-acre lake for swimming, boating and fishing. The Hemlock Haven Conference Center offers both meeting and lodging facilities and various sports fields and courts. More than 17 miles of trails are open year-round, and there is ample geocaching for curious folks. Overnight accommodations include 20 cabins (3 are original CCC cabins), two yurts and several campgrounds. Located on an island accessible by a bucolic footbridge, there is an amphitheater available for rent, perfect for nature nuptials.
Douthat State Park

Douthat State Park is listed on the National Register of Historic Places for being a role model in the development of park systems nationwide. Named after Robert Douthat, one of the original landowners, the park offers four miles of stream fishing, a lake for swimming, boating and fishing and over 43 miles of multi-use trails for hikers, cyclists and equestrians. There are several campgrounds, over 30 cabins and three lodges for overnight accommodations. Douthat Lakeview Restaurant is an original CCC facility that has been upgraded to modern standards. Blue Suck Falls is a popular three-mile hike featuring a waterfall along the way. For something a little different, every spring the park hosts the Douthat Lake Run Car Show, which has been going strong for 20 years.

It was John Muir, the famous naturalist, who once said, “Thousands of tired, nerve-shaken, over-civilized people are beginning to find out that going to the mountains is going home; that wildness is a necessity; and that mountain parks and reservations are useful not only as fountains of timber and irrigating rivers, but as fountains of life. “
Mr. Muir proclaimed the importance of “mountain parks” well over 100 years ago, yet the entirety of the quote is strikingly relevant today. The degree to which we are over-civilized only stands to increase. Readied access to wilderness (vs. Wi-Fi) will become even more important. Though the parks were created in the spirit of economic stimulation, how wonderful that they stimulate our senses as well. Craig Seaver aptly sends us off with marching orders that are as obvious as they are eye opening: “We need to really take care of what we’ve got. After all, we’re not making any new land.”

Nancy Moseley is a freelance writer who makes a point to swing in state parks when traveling. She recently spent time at Watoga State Park in West Virginia, camping, hiking and canoeing.