5 years ago
The Lyric 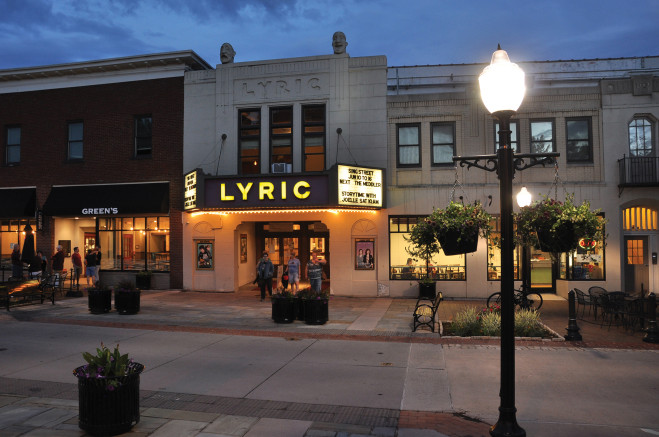 The first year of the Great Depression, 1930, was a tough year in America for many people, though there were a few whimsical kinds of events and inventions. A.A. Milne signed the first literary character licensing agreement for Winnie-the-Pooh merchandise, and Mickey Mouse and Betty Boop made their first appearances. Twinkies were invented.
A loaf of bread was nine cents, gallon of gas 10 cents, and you could purchase a new Pontiac Big Six Car for $745. Television was a luxury, and going to the movies, like today, provided a marvelous diversion of entertainment. The Lyric Theatre in downtown Blacksburg opened in its current location as a state-of-the-art cinema venue for its day, but its story begins more than 20 years earlier when a loaf of bread costs 5 cents and gallon of gas 6 cents. 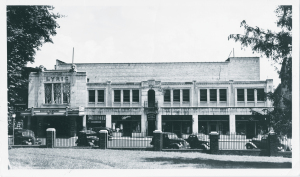 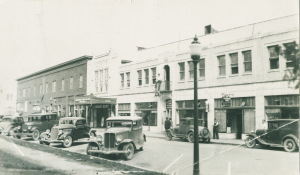 In 1909, a couple of enterprising men – one an electrician, the other a college student – opened The Lyric, no doubt featuring a black and white, silent film where gestures, mime and title cards provided some narrative to accompany the actions and antics of the cast. The movie house changed hands as many or more times than it moved before settling in its College Street home. It opened there on April 17, 1930 with “The Girl Said No,” a romantic comedy starring William Haines and Leila Hyams, released by MGM.
The opening night program for each show, 6:30 and 9 p.m., was a bit of a production in itself, which included:

With cutting edge technology and comfort for its time, The Lyric in 1930 had an orchestra pit, air-conditioning, modern sound system and 900 seats. Hot-rivet construction, also used the same year for the Empire State Building, was employed. Luxury and function blended in horsehair padding under the carpet and jacquard velour seat backs, both promoting sound absorption. The sophisticated stage drapes were flame proof.
Getting movies was not an easy task. Most of the big movie studios controlled distribution and craved a personal relationship with people who requested to show their films. Local wheeler-dealer Vane Kelsey had joined the newly formed Commonwealth Theatre Corporation in 1929 to participate in building The [new] Lyric. A few years later, he took his family on a California vacation to establish personal connections within the movie industry and assure The Lyric had access to current movies.
Its trademark exterior comedy-tragedy masks on the parapet atop the building were removed in the 1950s for having some deterioration and concern about falling on passers-by below. Replicas were installed in 2006. Technological advances in audio visual equipment has challenged The Lyric all along the way. The theatre transitioned from 35mm print film to all digital cinema with the installation of a 4K digital projector in 2013.
Though the building was used between 1989 and 1994, movies and performances were no longer shown. In film jargon, the theatre went dark. With the formation of The Lyric Council in 1994, interest in reviving the theatre grew, and in February of 1996, The Lyric opened once again for film and other programs to enhance the cultural scene downtown. Two years later, it was closed for major renovations, reopening once again in 1999.
The Lyric has enjoyed a stellar presence in the heart of Blacksburg not only for featuring current movies at affordable prices, but also for hosting community events and being a great date night or family performance venue. Blacksburg High School graduates received their diplomas at The Lyric until 1946, and despite unexplained ghost-like phenomena, the beautifully restored theatre continues to anchor the College Avenue promenade in the heart of Blacksburg and hearts of residents, college students and visitors.

The Lyric is owned and operated by The Lyric Council, Inc., a 501(C)3 not for profit organization. Thus, donations, membership (many levels) and volunteers are always welcome.