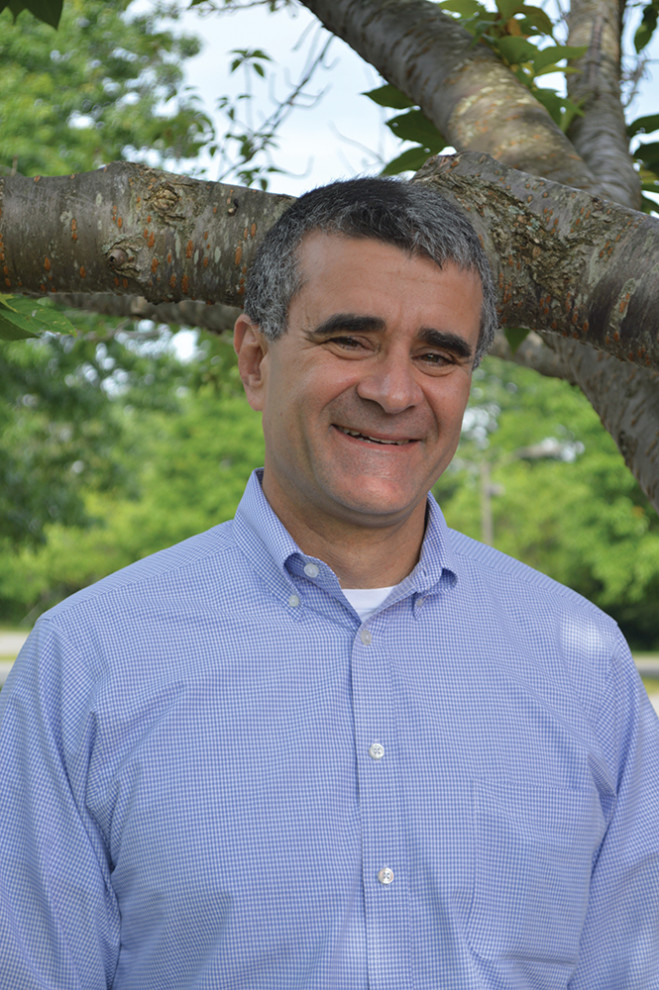 In the fall of 1996, Jim Krouscas left his native state of California for a PhD program at Virginia Tech, never dreaming it would change the direction of his life. “I really enjoyed growing up in the San Francisco Bay area,” he recalls. “The diversity and energy of the city were exciting, but it never wrapped its arms around me like Blacksburg and the New River Valley.” While here, he began attending Blacksburg Christian Fellowship (BCF) and felt more arms wrapped around him in the body of Christ.

Since he said he would return to his middle school teaching job in California, he fulfilled that promise after completing his PhD … for one year, returning to Blacksburg to teach at Virginia Tech. In 2003, at the age of 36, more arms wrapped around him when he married his wife, Jill. The department he worked for at Virginia Tech was phased out in 2007, but Jim did not fret. Across the years, he was slowly and steadily drawn to pastoral ministry, and one more time, he departed the New River Valley, wife and three very young daughters in tow, to attend Dallas Theological Seminary. In his 40s now, Jim worked two jobs and attended school full-time, not knowing what the future would hold when he finished.

Lo and behold, about graduation time, BCF expanded its full-time pastoral team from two to three and offered Jim the opportunity he could only have dreamed of — returning again, permanently, to the New River Valley. That God orchestrated it is Jim’s explanation. “I love it here. We enjoy Pandapas, hiking the Cascades, playing softball and meeting people from all over the world, right here in our little town.” And it’s Jim now who wraps his arms around people, ministering to many on their own life journey.