8 years ago
Looking Inside 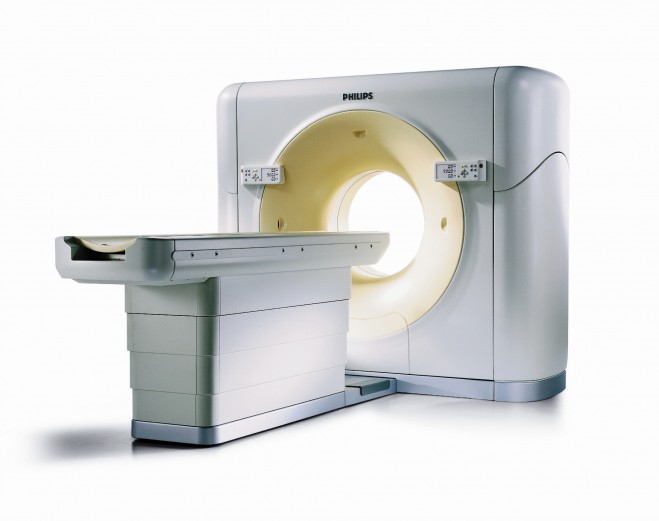 As the world turns, researchers, medical professionals, inventors and others have been intrigued with looking beyond what they see. They want to look inside and through everything around us, especially the human body.
X-rays were discovered by accident in 1895 by a German scientist who was experimenting with vacuum tubes. He took an x-ray photograph of his wife’s hand which showed her bones and wedding ring. He dubbed this new phenomonen with an “x” because it was, until now, an unknown type of radiation.

An 1880 discovery in Paris by Pierre and Jacques Curie of the piezoelectric effect in certain crystals laid the foundation for diagnostic ultrasound technology. The sinking of the Titanic in 1912 and World War I were both instrumental in challenging scientists with how to detect submerged objects. Though Leonardo da Vinci first recorded experiments of listening to sound through water, these two world events propelled researchers forward. Medical ultrasound was developed in the U.S. a few years after the end of World War II.

Medical diagnostic tools advanced quickly with the addition of computer and ditigal capabilities. Today, doctors can see into nearly every crevice of the human body.

CT or CAT Scan
Computed tomography or computed axial tomography is a procedure using x-rays taken from several angles and computer processing to make tomographic images. These appear as bread slices within a loaf, except you are the loaf, and medical professionals can view slices of you. Bones and soft tissues are shown in detail, and the procedure is especially useful in examining someone who has been in an accident to pinpoint the existence and extent of internal trauma. CT scans are commonly used to diagnose bone and muscle disorders, locate tumors and infections, as well as find cancer, heart disease and masses.

Though the CT scan exposes someone to more radiation than a simple x-ray, it has small potential to harm and great usefulness in determining a suitable course of treatment based on the findings. According to Donna Aubrey, M.D., section chief of Carilion Clinic Imaging in the New River Valley: “CT offers one of the best, reliable tools for very fast turnaround time with the most complete information, especially when patients and their physicians need a quick answer. Its detailed images and high resolution are excellent.”

X-rays
X-rays are the favored method of looking at broken bones, lung and abdomen issues and tooth cavities. Electromagnetic radiation produces images on a film, known as a radiograph. Body parts look light or dark depending on the rate that tissues absorb the x-rays. Calcium in bones absorbs x-rays the most, so bones appear white, while fat and soft tissues absorb less and look gray. Air absorbs the least, so lungs are black. X-rays are painless and quick. The amount of radiation exposure is small, and x-rays can be taken from any posture.
“Even though we have the amazing imaging advances of CT, MRI and ultrasound, plain X-rays are still the best way to quickly and accurately diagnose common things like fractures and pneumonia,” states Dr. Evelyn Garcia, medical chair and vice president for Carilion Clinic Radiology

Ultrasound
Ultrasound uses sound waves of 20,000 or more vibrations a second, way beyond what can be heard by the human ear. They are sent forth and reflected back from organs and tissues, creating pictures of body interior parts on a screen. Like most diagnostic equipment, what was huge and clumsy 50 years ago is now so compact that it can be carried to patients and is used on battlefields and in space. It is the second most widely used medical diagnostic tool for looking inside.

“Ultrasound is a high resolution imaging system that is lower in cost than MRI or CT scanning,” explains Dr. Thomas J. Stoecker of Carilion Clinic Radiology. “It does not use ionizing radiation and is the first line of imaging of pregnant women and children. Portable and versatile, it allows bedside imaging when transporting a patient is problematic. Ultrasound continues to expand its uses in all areas of medicine.”

MRI
The first patent for using Magnetic Resonance Imaging as a medical tool was granted in 1974 to Dr. Raymond Damadian, an Armenian-American doctor and inventor. He found a vast difference in the response signals of cancerous and non-cancerous tissue, an amazing discovery in cancer detection. MRI does not incorporate x-rays into its pictures, but uses radio waves and a strong magnetic field to make clear, detailed, digital images.

MRI equipment became available in the early 1980s, and more than 60 million procedures are done annually on more than 20,000 machines. One reason for MRI effectiveness can be attributed to the fact that water constitutes about two-thirds of body weight. Several diseases present themselves in changes in a body’s water content, and MRI technology is supreme in displaying data connected to body fluid. Patients do not feel any physical discomfort during an MRI, though anyone with claustrophobic tendencies might be slightly uncomfortable.

Carilion Clinic’s MRI safety officer, Daniel R. Karolyi, M.D., Ph.D., says: “Magnetic resonance imaging produces exquisite images of anatomy and provides important information regarding inflammatory diseases, vascular diseases and cancer that cannot be acquired using other imaging systems, all while never exposing patients to ionizing radiation. Vital information regarding disease diagnosis and how those diseases respond to treatment is created when images from an MRI exam are interpreted by a board certified radiologist.”